Cities that take their own rhetoric about sustainability seriously should embrace the scooter. 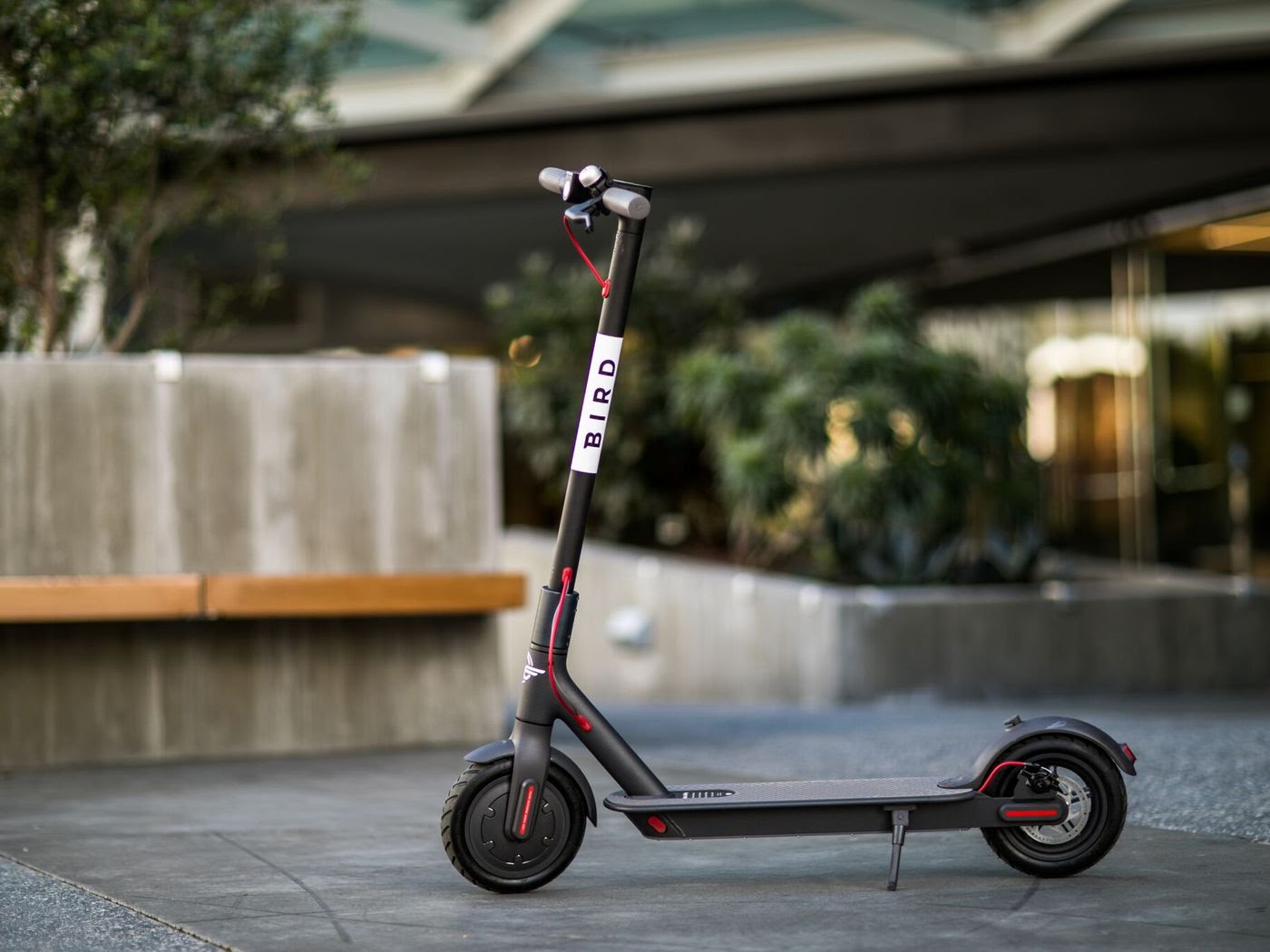 They were removed from the streets of Indianapolis in July and eliminated from Milwaukee in August. San Francisco, ahead of the curve as usual, scrapped them in May. New York, never quite as edgy as it likes to think it is, has just been preemptively making it clear that they’re illegal. But Uber CEO Dara Khosrowshahi believes they’re an important part of his company’s future, and here in Washington, DC, where I live, they seem awfully useful.

After all, on a muggy mid-August morning, I found myself in a classic political journalist’s dilemma — I needed to get to Capitol Hill dressed appropriately for the old-school norms of the United States Congress, but I didn’t want to be a sweaty mess when I showed up. Given the heat and humidity, the modest walks involved in taking the Metro would have left me, wearing a suit and tie, drenched.

A year or two ago, that would have meant taking a taxi or an Uber, with all the traffic congestion and pollution that implies. But in a scooter-friendly city in 2018, it meant a breezy ride on one of the electric scooters that were conveniently waiting around by the bike racks in front of the Vox offices.

Scooters are, of course, not a panacea for urban transportation problems. But they do have a legitimate role to play in offering a direct point-to-point transportation option that is less physically demanding than a bicycle, cleaner than a car, and smaller than either.

There’s also a particular reason scooters are booming today even though the basic idea of a board with wheels attached is very old. The contemporary electric scooter boom exists at the intersection of multiple technological trends — the falling price of batteries and GPS trackers, the near-ubiquity of smartphones, and the rising demand for space in central cities — that are collectively transforming our world.

Where did these things come from?

The scooter, as a technology, has existed since at least the early part of the 20th century, primarily as a toy for children (you can see a little girl riding one in Fritz Lang’s classic film M). The modern effort to establish scooters as an adult transportation option date to the introduction of the foldable Razor scooter in 1999, which launched a brief but intense scooter fad. John Leland reported in the New York Times the following year that “when historians recount New York’s summer of 2000, they will tell of plaster cows and of grown professionals on little chrome scooters, a confluence of cutesy infantilism that made even the political conventions seem grown up.”

But as an adult transportation option, the Razor suffered from a critical flaw.

As Leland wrote, “scootering is work, especially at rush hour … by the time I reached the office my first morning, a 40-block ride, I was drenched in perspiration, my knee was bruised from a near tumble and my hands ached as if I’d been working a jackhammer.”

At the end of the day, a human-propelled scooter, though fun, is simply a lot less comfortable than walking and a lot less mechanically efficient than a bicycle.

Consequently, the main consequence of Razor popularizing an adult version of a somewhat obscure children’s toy was to greatly boost the popularity of scooters for small children, who have endlessly resilient knees but can’t operate a bike. My 3-year-old loves his scooter, and these days, any toddler-friendly playground is sure to be inundated with kids scootering around.

The adult urban mobility conversation, meanwhile, shifted rapidly to the bicycle, which is a much more mechanically efficient way of transforming human muscle into forward momentum. And the urban cycling renaissance was paired with a newfound interest in the concept of municipal bicycle-sharing systems, originally pioneered in Rennes, France, and rapidly spreading to other cities.

The basic mechanics of this generation of bike-share systems — in the US, typically operated by Motivate International, which runs Citi Bike in New York, Capital Bikeshare in DC, Divvy in Chicago, Blue Bikes in Boston, Nice Ride in the Twin Cities, and GoBike in the Bay Area — are simple. You go to a docking station, get a bike, pedal it around to another station, and lock up the bike there.

But just as docked bike systems were spreading in popularity across the world, a parallel technological development — the smartphone — was rapidly rendering them obsolete.

The rise of dockless

Superficially, the function of the bike-share dock is to lock up the bicycle so a non-paying customer can’t steal it. In practice, however, locking a bicycle wheel is a fairly trivial task. The real purpose of the dock was to make the bicycles discoverable. Bikes could be found at a series of fixed locations, and so users would know where they were.

But increasingly cheap GPS chips and ubiquitous smartphones have allowed for the development of dockless bicycle sharing networks. In a dockless system, you simply leave the bicycle wherever you happen to be at the end of the ride. If you want to find a bike, you fire up the company’s app on your smartphone, and GPS chips in the bikes let you know where they are.

This is much more convenient and also allows, in principle, for much freer entry and exit of the market from private companies, which can simply place bikes on the sidewalk rather than needing to construct permanent docking stations (at significant expense and with meaningful municipal involvement).

And, indeed, in China, where car ownership rates are lower, population densities are higher, and the regulatory climate is friendly, dockless bicycle share has become a huge hit that’s captured a substantial swath of the transportation market.

In America, of course, every option that isn’t driving a car everywhere remains decidedly non-mainstream. And the prospect of private companies suddenly dumping piles of bikes on the sidewalk without 10 rounds of community review cuts against the prevailing political culture in most large American cities. The threat that dockless systems could undermine docked systems in which cities had already invested has also weighed on city officials’ minds. Consequently, the trend in a variety of cities has been to cap the number of dockless bikes or otherwise regulate them in ways that make Chinese-style ubiquity difficult.

That, in turn, creates large financial incentives for dockless companies to charge higher prices and start competing on quality. In the mobility market, that meant incorporating electric motors and shifting to either e-bikes or electric scooters.

While I find the regulatory crackdown on dockless bike share to be moderately ill-advised, the basic impetus to shift business models away from bicycles and toward slightly more expensive electric scooters is fundamentally sound. It’s natural and correct that dockless bikes would dominate in China, a country that is still relatively poor and where cycling is a mainstream transportation option due to the large number of people for whom the financial burdens of car ownership are simply too great.

The revival of interest in bicycle commuting in the West, by contrast, is fundamentally about environmental sustainability and the appeal of dense, pedestrian-oriented urban neighborhoods relative to auto-oriented suburban ones.

And for those purposes, the electric scooter works considerably better than a bicycle. For starters, you don’t need to do the actual work of pedaling a bicycle. It’s a lazier, rather than less lazy, alternative to walking, which makes it more competitive with the dominant car-commuting lifestyle in the United States. That also makes it a lot friendlier to people who’d like to move about the city in business attire without showing up for meetings covered in sweat.

Scooters are also physically smaller than bicycles, meaning they’re easier to maneuver and, perhaps more important, take up less space when parked. And as with so much else in urban politics, at the end of the day, the scooter controversy is on some level primarily about parking. Scooter haters don’t like the idea of sidewalks littered with parked scooters, and car drivers don’t like the idea of giving up more curbside space for dedicated lanes in which bikes and scooters can safely travel. And of course it’s true that as long as all non-automobile modes of transportation are forced to share a small minority of public space, that conflict between scooter fans and pedestrians is inevitable.

Vox’s Umair Irfan suggested optimistically that “perhaps one of the greatest benefits of scooters will be that they will force a larger discussion of whom or what we prioritize when we design cities.”

If that comes to pass, then the scooter revolution will undoubtedly be change for the better. The tragic reality, however, is that so far neither the revolution nor the larger discussion has happened. Cities have instead tended to take auto-centric urban design for granted and simply debated how scooters might best fit into that.

That’s a huge mistake. Cars (and before them, railroads) transformed the world, in part because they’re inherently useful but largely because we decided to build infrastructure that allows them to be useful rather than decreeing that they should be banned because they were a nuisance to the existing users of the old infrastructure.

Scooters themselves aren’t going to change the world. But they represent change for the better — change driven by the intersection of ongoing technological changes that have transformed many areas of life and will continue to do so. And the scooter backlash reflects, fundamentally, a refusal to consider the reality that if we want different outcomes in terms of sustainability, mobility, and urban form, we need to be willing to embrace and adapt to change.